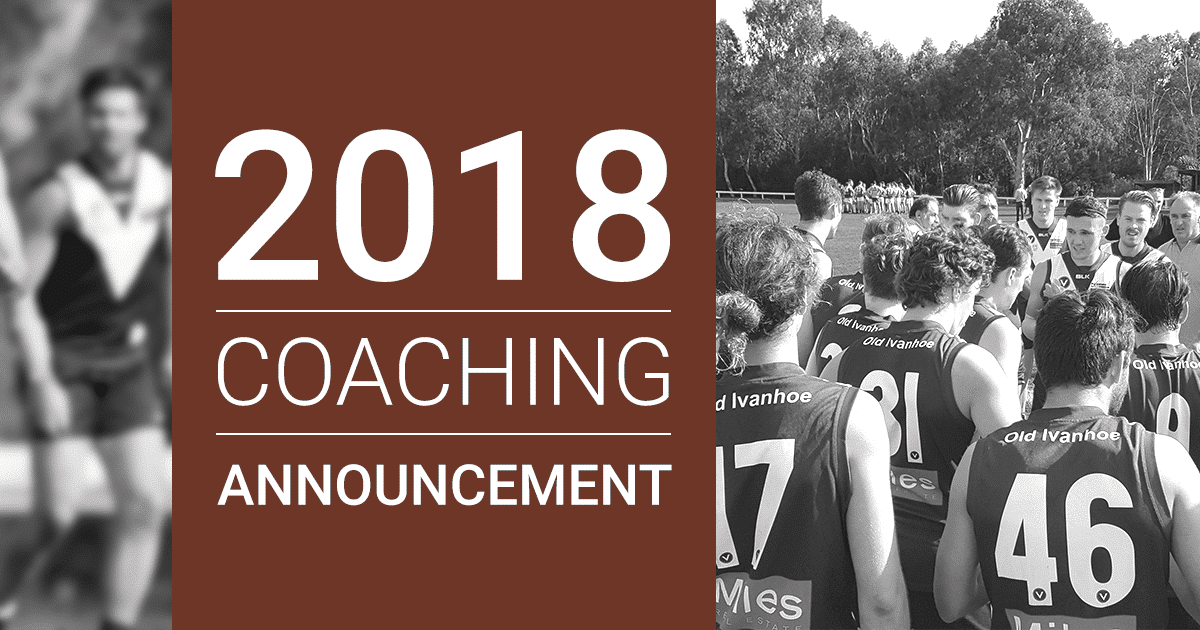 Old Ivanhoe Grammarians Football Club is pleased to announce that Jarrod Gieschen has been appointed Senior Coach for 2018.

Jarrod is a former captain and premiership player who played 175 games for Old Ivanhoe in a stellar career of amateur football. Jarrod is also a senior executive with Mazda Australia.

Jarrod will be supported by:

The club would like to thank all unsuccessful applicants for their time and efforts.